Home Uncategorized “The system is broken & against women victims” Bouncer speaks on his...

A former bouncer has spoken about his experience on the job and how he has almost always gotten justice whenever he was attacked by men but women attacked by men don’t get justice.

He explained on Twitter that he has been “stabbed, shot, bottled & assaulted over the years” yet almost all his attackers were convicted.

However, he says he knows many women who have been raped yet not one attacker has been convicted.

He explained that he doesn’t want to have to be worrying about his daughters being attacked and harassed.

He added: “The system is broken & against women victims.” 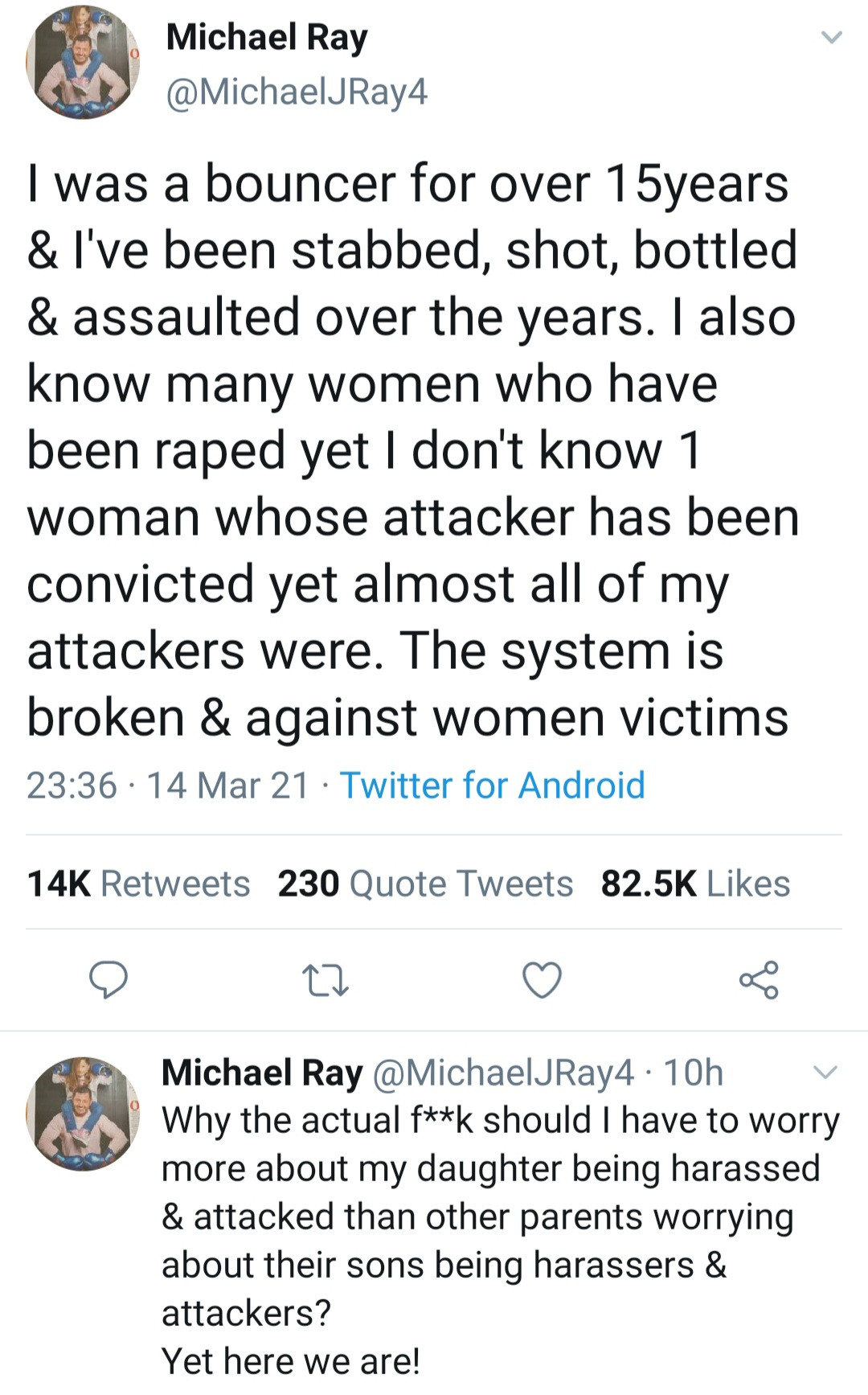 Nupemelody is your news, entertainment, music fashion website. We provide you with the latest breaking news and videos straight from the entertainment industry.
Contact us: Nupemelody@gmail.com