Fatima Abdullahi Washa is a professional Kannywood actress. With Her stage name is Fati Washa. She was born on February 21, 1993, in Bauchi state. She is also known by other stage names such as Tara Washa or Washa. As of 2018. Fati washa Have a pretty and light-complexioned skin, Fati Washa is considered one of the most desirable actresses in Kannywood. Fati Washa life history is quite obscure, but some facts have already been revealed. What is known for sure is that she is beautiful, talented and one of the most expensive actresses in Kannywood. Fati Washa is simply charming which makes her fans create a lot of groups on social media to promote her professional talent. 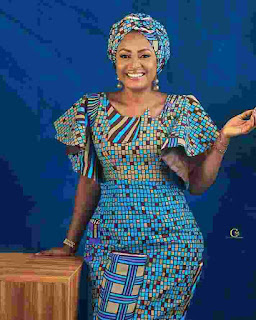 She has carved a niche for herself in the Hausa film industry which is quite a significant achievement for the young actress. Fati Washa has starred in numerous movies including: The Next Blind House

Fati Washa’s alleged boyfriends When talking about Fati Washa personal life, there were some rumors that Fati Washa is dating Nuhu Abdullahi, undoubtedly, one the most promising Kannywood actors. Being a 26 years old actor, Nuhu has produced and acted in a few action movies, like Baya da Kura. In 2015, he won the City People Best Supporting Actor award.