Nomiis Gee biography and net worth

Amina Abba umar (born in kano), professional know as Nomiia Gee. He is rapper/Singer and song writer based in kano state, he is also arewa 24 and zafafa 10 presenter and was refer as Arewa ambassador. 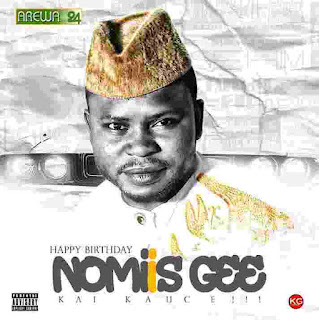 Nomiis Gee has so far worked with notable producers like Lt. John, Don Adda, T-Klex, Kast, KefaZz Simple Touch just to mention a few. His video projects have been directed by notable names like Bobby Hai, Mr Dmej among others.

He has performed alongside notable names in the industry like PSquare, Ruggedman, Styl-Plus, Morell, Adu Deme just to mention a few.

He won Best Artist of the year at City Peoples Music Award.