Sound Sultan (born Olanrewaju Fasasi on November 27, 1976.he is a Nigerian rapper, singer- songwriter, actor, comedian and recording artist. He is regarded as one of the pacesetters of modern hip hop music in Nigeria. 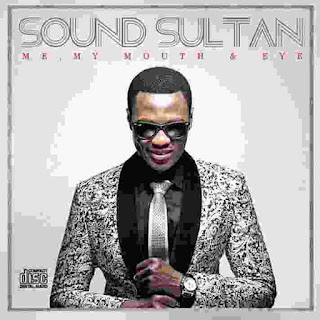 In 1991, he had taken an interest in music, miming at school parties and writing his own lyrics. He attributes his early influence to his elder brother Baba Dee who studied theatre arts, and received most of his early stage experience through Baba Dee.

He started learning how to play the guitar after his secondary school education and was in a band by 1999.

Sound Sultan’s career in show business started in the 1990s, when he hosted shows to raise money for studio sessions. By 1999, he had won numerous local talent-hunt shows. He released his first single “Jagbajantis” in 2000, which was a hit in Nigeria. After independently releasing other singles and featuring in hit songs of other artists, he was signed by Kennis Music.

Under Kennis Music, he released four albums. By 2007, his contract with the label expired and he partnered with Baba Dee to start Naija Ninjas, a parent organization for a record label, production outfit and clothing line. After starting as a rapper, he has worked in different musical genres from R&B to Afrobeat, soul and Nigerian Fuji music. He has said that artists shouldn’t be judged on the genre in which they perform, that the important thing is the message conveyed in the music. Under Naija Ninjas, he released Back From The Future (2010) and signed artists such as Karma Da Rapper, Young GreyC, Shawn and Blacka.

Sound Sultan began a working relationship with Wyclef Jean when featured alongside 2face Idibia and Faze on “Proud to be African” from Wyclef’s Welcome to Haiti: Creole 101 album. They have collaborated on two other projects: “King of My Country” (2009) and “People Bad” (2012). In 2012, it was announced that Sound Sultan was made a UN Ambassador for Peace for his exemplary lifestyle and career. In 2015, Sound Sultan released the rap single “Remember” after a long absence from the music scene. After the fallout of the African Basketball League, Sound Sultan joined forces with the organizers of the Continental Basketball League to become a team owner of Lagos City Stars (the 2017 champions) and a facilitator of the league entertainment. Sound Sultan featured on Honorebel ‘s 2019 single “Bridal” with Joe El.

Sound Sultan is worth is total estimate as $3.5 million

“Watch the energy you put out to the universe. It is a cycle.”

“Knowledge hasn’t fulfilled its course 360 if it hasn’t been passed down.”

“Please never stop dreaming, but wake up and get it…”

“Progressiveness is not just about advancement, it’s also about making sure you don’t do anything in the past that could hold you back.”

“People don’t respect the humble ones but hate on the proud ones!!!”

“My brother hustle oh!! Make you no come dey explain”

“By the time you start appreciating and having better plans for your youth, you fit don old”

“You don’t hate me; you are just too used to liking me.”

“Children are the future. Teach and lead them right with your actions, not just words.”

“We have so many good cops but the bad eggs we must not fail to address… Never defend bad thing, work on getting better. We can do better, each and every one of us.”