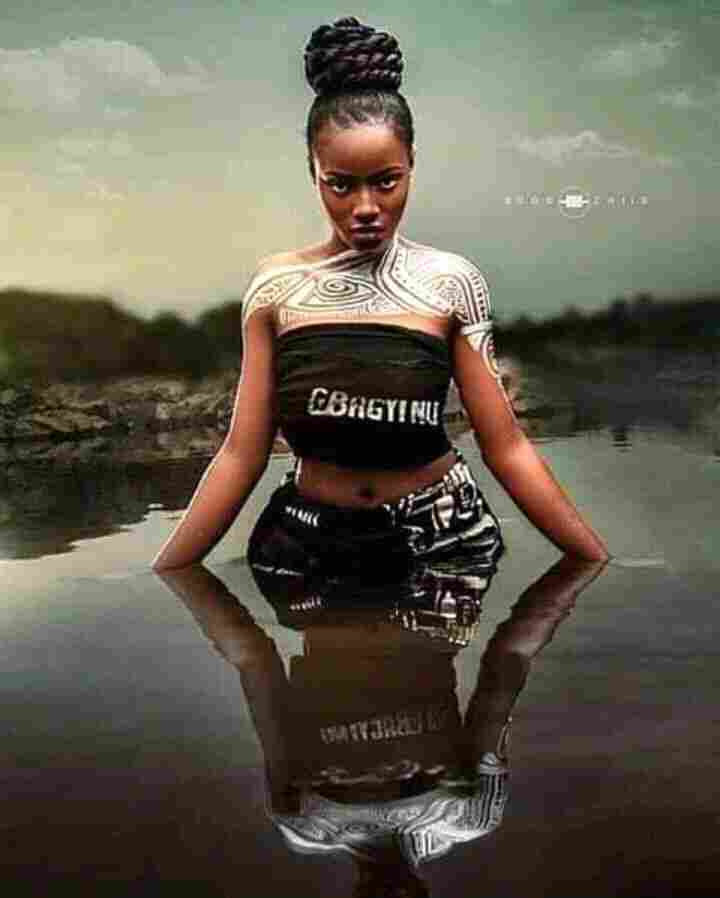 The national name Gbagyi have come to almost overshadowed the former term Gwari today because Gwari is deemed to be a Hausa or Colonial term for the people. But the problem with using the term Gbagyi as a blanket national name for all the Gwari people is that it overlooks the Gbari population. To avoid this problem some researchers, including Dr. Larry Yusuf, have used the term Gbagyi/Gbari instead of Gwari. But Gbagyi/Gbari seems cumbersome so we will use Gwari throughout this present work.

The habit of differentiating Gwari and Nupe as two different languages is a recent historical development. In former times the Gwari and the Nupe people were seen as one and the same people speaking the same language but with different dialects.

In pre-Colonial times the Gwari people were seen as simply another Nupe people much the same way that we see the Dibo, the Kakanda, the Bassange and others as Nupe people today. It will be interesting to note, in this context, that all historians and writers before the coming of the Europeans did not mention the Gwari people as a different or separate people from the Nupe people. Sultan Bello categorically included the whole of today’s Gwariland inside Nupeland. And both Leo Africanus and the Ibn Batuta tellingly did not mention a Gwari people simply because they saw the Gwari as a Nupe people. 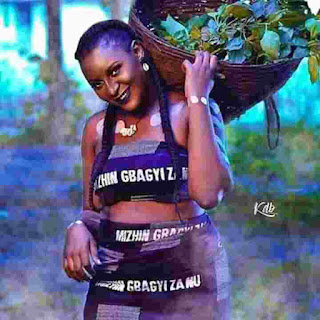 We should also mark the fact that the Gwari and the Nupe, until very recent times, were geographically indistinguishable as they both occupied the same land together since time immemorial. We are all aware of the fact that practically the location of all the major settlements in Central KinNupe today, including those of Lapai, Agaie and Bida, were at one time or the other occupied or inhabited by Gwari and Dibo-Ganagana people. William Baikie wrote that Lemu, a Bida suburb, was still inhabited by the Gwari people as late as the 1860s – that is, just before Etsu Masaba came and supplant the Gwari of Lemu with his Ebwagi Freetown Nupe tunga settlements.

The truth of the matter is that the Bornu from which the Gwari people originated is the Old Bornu or Bornu Gungu which was also known as Bornu Nupe and was located on the banks of the River Niger here in Central KinNupe. Vatican reports also show that as late as the beginning of the 18th century there was still a Bornu Kingdom located here in Central KinNupe. The Gwari people originated from this Bornu Nupe. 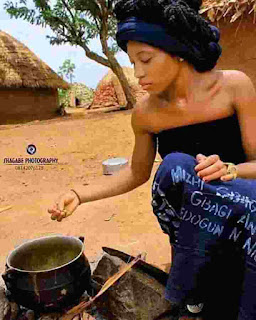 This Bornu Nupe was also known as Bini. As a matter of fact the king of Bussa told Captain Hugh Clapperton in the 1830s that it is the Nupe Kingdom of Bini that was also known as Bornu to outsiders. This simply means that Bini and Bornu are the different names of one and the same Nupe kingdom located here in Central KinNupe in former times.

We can easily see that both of the names Bini and Bornu are morphologically one and the same. Bornu is progressively derived from Boronu, Barani, Birini, Birni, Bini.

The very name we pronounce as Bornu today used to be pronounced as Baranu or Barani in former times. This Barani was itself derived from Ibara-ni which simply means ‘Ibara person’. But Bishop Samuel Ajayi Crowther wrote that Ibara was also a national name of the Nupe people until very recent times. As a matter of fact the Bassange people were known as the Ibara when they left KinNupe at the end of the 18th century. And Professor Roger Blench wrote that to this very day the Nupe people are known as the Ibara. So, Bornu was derived from Ibara-ni which simply means ‘Nupe person’. That was the etymology or origin of the name Bornu and it was originally applied to the Original Bornu or Old Bornu which was a Nupe kingdom located on the banks of the River Niger here in former times. It was from that Old Bornu, also known as Bornu Gungu or Bornu Nupe, that today’s Bornu Kingdom on the Lake Chad originated.

In any case there was an ancient Nupe Kingdom called Ibara or Ibarani and it is the same that was known to Nupe historians a Bini and to Hausa historians as Bornu. It is no wonder that Sultan Bello also made allusion to a Bornu that was located to the south of Hausaland, that is, here in KinNupe.

Gbara or Igbara was also known as Igbari or Gbari. And this brings us to the Gbari-Nupe connection once more. The people we variously call the Gwari, Gbari or Gbagyi today were originally Nupe Ibara people who were part and parcel of the ancient Nupe Kingdom of Gbara also known as Bini or Bornu. 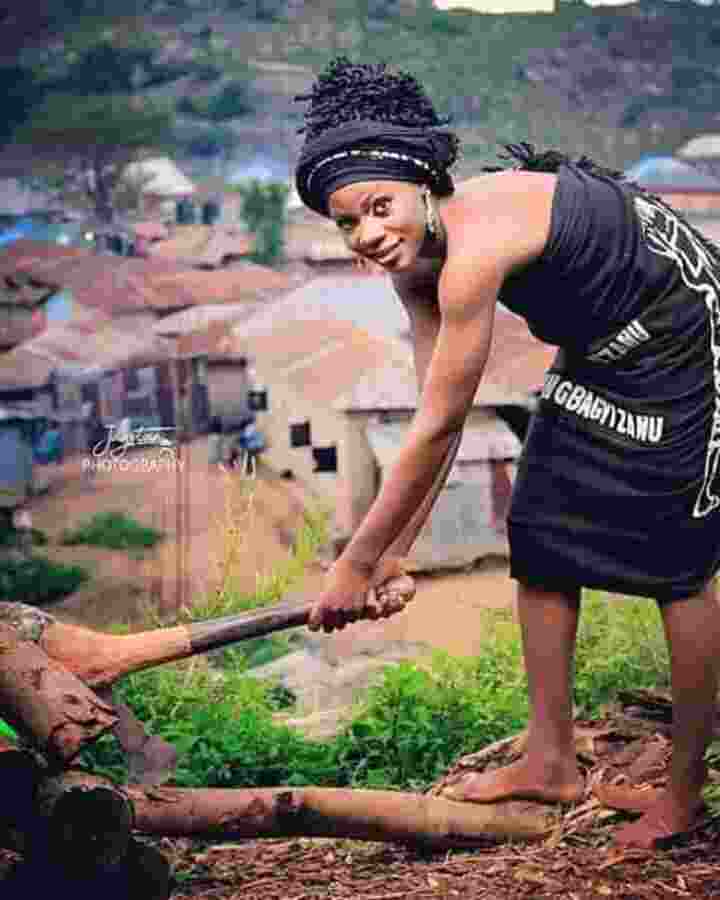 That the Gwari people were originally a Gbari, that is Nupe, people of the ancient Nupe Kingdom of Old Bornu or Bornu Nupe explains why the Gwari traditions maintained that the Gwari people originated from Bornu in prehistoric times. Igbara or Gbara in former times simply means ‘Nupe’.

Nupe, Gwari and the Dibo-Ganagana

Gbara was also pronounced in various other forms due to dialectal differences. These dialectal variants of Gbara include Gbari, Gbwari or Bwari, Gbwara, Gwara or Gwari, Gara, and so on and on.

But in former times the people we call the Gwari, Gbari or Gbagyi today were also known as the Gbara or Gara both of which are national names today associated only with the Nupe people.

The Gwari people were once upon a time a Gara Nupe people. Another well-known Gara Nupe people today are the Dibo-Ganagana people. The national name Ganagana is a repetitive form of Gana which is itself morphologically the same as Gara.

The Dibo-Ganagana people and the Gwari people were both members of the same Gara Nupe stock right unto these historical times. As a matter of fact, and to this very day, the Gwari and the Dibo-Ganagana people have continued to be practically indistinguishable or bilingually inseparable in some geographical locations in the FCT, Nasarawa and parts of Niger State.

In any case all these languages – Gwari, Dibo- Ganagana and Nupe – were all at one time or the other Gana or Gara, that is Old Nupe, languages. Gara or Gana was one of the Old Nupe languages, together with the Akanda and Yisa, that went into the formation of the Modern Nupe Language. The Nupe people were therefore a Gara people in ancient times.

Leo Africanus actually referred to Gara as Gwangara or, as Mungo Park wrote it, Guangara. This same Guangara was the one that was known to Hausa and Colonial historians as Wangara. Interestingly enough Leo Africanus, who visited Nigeria in the 16th century, located Guangara or Wangara, that is the Gara Old

Gwagba was also known to Nupe historians as Egba or Eba. It is on this note that the kings of Gbara were addressed as the Eba or Bagi. Nupe traditions still narrate that Tsudi had two sons who were respectively addressed as Ebako and Ebagi. Of course Ebagi was also pronounced as Egbagi and it is most probably related etymologically with the Modern Gwari national name Gbagyi.

Whatever the case might have been, the Gwari and Nupe people were still one and the same people in the days of the Gara, Gwagba, Egba or Eba Old Nupe ethnicity. The Eba Nupe people were also known as the Egba which was also affixed as Egbagi or Egbani or Egbari. It is very probable that the Modern Gwari national names Gbagyi and Gbari were also derived from Old Nupe national names Egbagi and Egbari respectively.

The true origin of the Gwari people should be traced to the aboriginal Nupe people known as the Eba. The Eba are one of the three autochthonous – together with the Eda and the Esa – Nupe people from which all the other Nupe tribal sections and peoples of latter generations originated.

The Eba people have always been here in Central KinNupe from the beginning of time itself. They said their eponymous ancestors were the first human beings on this planet earth. The Eba are known as the ‘Water People’ because they said that they originated from the waters of the River Niger here in Central KinNupe. The Eba ancient Nupe primogenitors did not originate from anywhere outside KinNupe. They have always been Nupe people from the beginning.

We see from the above that all the Gwari national names we see today, namely, Gwari, Gbari and Gbagyi, can etymologically be traced back to the ancient Eba aboriginal Nupe people also known as the Egba.

We should also note that Gbari, Gwari, and Gbagyi are the Gwari dialectal equivalents of the Nupe Gbara, Gara and Bagi respectively. All these are ancient terms associated with the ancient Eba Nupe people.

This article is a work of Dr Ndagi Abdullahi check out for more on Ndagiabdullahi.com