NUMBER 1RAHAMA SADAURahama Sadau is a Nigerian actress. A gra duate from University of Abuja, She is the winner of Best Actress at the City People Awards in 2014 and 2015. She is often referred to as "Queen of Kannywood", the Hausa language cinema of Nigeria.


NUMBER 2
Ummi Ibrahim zee zeeZee Zee is one of the highly famous actresses who have a lot of cash rolling in for her, thanks to her God-given talents. She is an actress-cum- musician, with some albums to her credit. Zee Zee was the first actress to drive a Hummer Jeep in the North among her many other wonders-on-wheel. She has been romantically linked with many Big Boys, among w hom is a top Kano businessman, called Dan China, who later dumped her for her younger sister.Also popular musician, Timaya was linked to her.

NUMBER 3
Nafisa AbdullahiThe 2016.Kannywood Best Actress of the Year is also a unique fashion freak. A natural beauty, she is not known for heavy make-ups like others, yet stands out with her unique fashion style

NUMBER 4Maryam BoothMaryam Booth – Maryam is the daught er of veteran Kannywood actress, Zainab Booth. One of her notable movies is Gani GaKa. Maryam Booth an Msc student in UK is unarguably one super actress who is making waves at the moment in Kannywood. She stands out in terms of fashion and general look.

NUMBER 5HADIZA GabonThis screen goddess is another pretty fac e in the industry. Hadiza mother is a Gobonese, while her father a Nigerian, but she was born and bred in Gabon. She is one of the latest entrants into the industry who captivate the viewers with their beauty. Hadiza is very humble and respectful to her s enior colleagues in the industry. She nurses the ambition of moving to her home country of Gabon after her career to settle down. 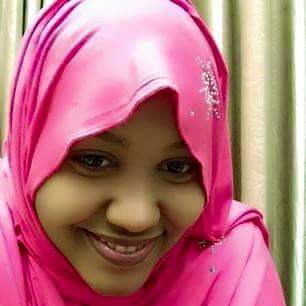