Biography of ClassiQ & Net Worth

Buba Barnabas Luka aka ClassiQ hails from Bauchi State, was born on September 21, 1991 and started singing at the age of 16. His intention is to give Hip Hop the standard it deserves and most importantly convince anyone who listens that he can deliver the brand of Good Music they deserve. 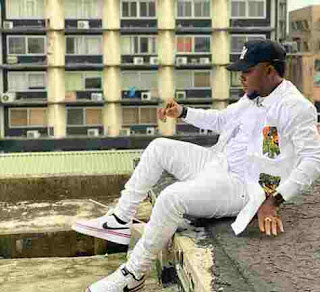 He plans to dominate Nigeria musically as he claims “Music chose me, I didn’t choose it” The first of three children from a Lecturer Father (Dr. of Geography) and a mother who is a nurse, ClassiQ’s early education started at the Abubakar Tafawa Balewa Staff Primary School Bauchi State in 1992 while he bagged a B.Sc in Computer from the prestigious Bayero University Kano in 2009.

Related: Biography of Deezell and Net Worth

He is known for his prolific punch lines and witty deliver, not to mention his crazy production skills.

ClassiQ has performed alongside acts like M I abaga, Eldee, Wande Coal, Shank, Davido, Duncan Mighty and many more.

ClassiQ’s aspiration as an artiste is to deliver feel good music that people can dance to or just sit back and relax to.

ClassiQ also has a conscious side and would like to be a voice for the people. He however has two songs to his credit; «Susanna» and «Tinini Tanana. »He is convinced there is a lot to be told.

ClassiQ’s personal philosophy of life is “slow and steady wins the Race” & “The quietest is always the wisest”.

He raps fluently in Hausa, impeccably in English and superbly in pidjin all of which he combines on his verses. His Mixtape "Sarki" is seriously dope with hot tracks like 'duniya' ft Ruby,,'duniya remix' ft Jesse Jagz, 'Kakaraka', 'sarki', 'magana', 'danburo uba shege' etc. Other hit singles from him include "Anfara", "Kawai" etc.

Related: Biography of Morell and Net worth

Classiq has joins the bigger dogs, the Like of Davido, Wizkid, Tiwa Savage and a couple others.