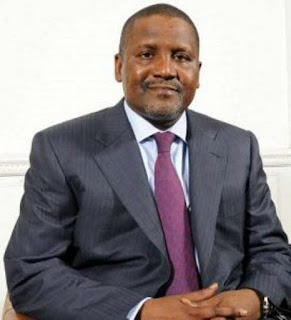 Dangote’s business interests encompass many industries, including oil and gas, consumer goods and manufacturing. About 80% of his conglomerate’s revenue comes from Dangote Cement. According to Forbes magazine, the subsidiary produces 44 million metric tons of cement every year and plans to increase output by 33% by 2020.

Dangote also owns the world’s third- largest sugar refinery, and together all of his publicly traded companies make up a quarter of the market capitalization of the Nigerian Stock Exchange.

Aliko Dangote turned a local commodities trading businesses into a multibillion-dollar corporation.Here’s how he did it

“I can remember when I was in primary school, I would go and buy cartons of sweets [candy] and I would start selling them just to make money. I was so interested in business, even at that time.”

Dangote was educated at the Sheikh Ali Kumasi Madrasa, followed by Capital High School, Kano.He has a bachelor’s degree in business studies and administration from Al- Azhar University , Cairo .

Dangote’s net worth of $14.8 billion could buy 12.0 million troy ounces of gold; 279 million barrels of crude oil; and its equivalent to 1,240 per cent of the total wealth of the 500 richest people in the world