Based on their exchange rate to the dollar and their purchasing power, the currencies below are the strongest in Africa. 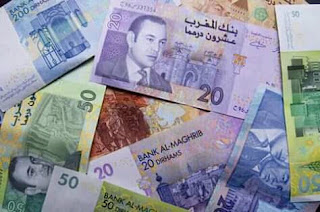 1. Libyan Dinar (1$= 1.40 l.dinar) Based on its exchange rate to the dollar, the Libyan dinar is Africa’s strongest currency despite the fact that the country has been in shambles since Muammar Gaddafi was ousted in 2011 – One dollar currently exchanges for about 1.40 Libyan dinars.

The exchange rate of this currency to the dollar is equivalent to 2.90 Tunisian dinars.

One USD currently exchanges for 5.4 Ghanaian Cedis, making it the third most valuable currency on our list.

4. Moroccan Dirham (1$=9.6 Dirham) Morocco boasts one of the strongest currencies in Africa, with $1 currently exchanging for about 9.6 Moroccan dirham.

5. Zambian Kwacha (1$ = 12.55 kw) The kwacha is the official currency of Zambia. The exchange rate is currently 1USD for about 12.55 Zambian kwacha, making it one of the most valuable currencies in southern Africa alongside south Africa.

8. South African Rand (1$=14.04 ZAR) The rand is the official currency of South Africa. The rand is subdivided into 100 cents. The ISO 4217 code is ZAR, from Zuid-Afrikaanse rand; the ZA is a historical relic from Dutch and is not used in any current context except the country abbreviation, where it is used because “SA” is allocated to Saudi Arabia.

9. Namibian Dollars (1$ = 14.18 nad) The Namibian dollar has been the currency of Namibia since 1993. It is normally abbreviated with the dollar sign $, or alternatively N$ to distinguish it from other dollar-denominated currencies.

Currently it exchanges to 14.18 nad to every 1USD.

10. Swaziland (1$=14.18 szl) The lilangeni is the currency of Swaziland. (The South African rand is also accepted in Swaziland).

Swaziland Lilangeni currently exchanges for 14.18 szl to every 1USD.