Football is a game liked all across the world but Africans have a special love for this game. Football was introduced to the continent about 100 years back by British, French, Belgian and Portuguese colonialists.

What makes this game so popular in Africa is its accessibility.

Unlike other sports, it does not take much resources or money to play football. More than 50 years ago, football clubs began to form in Africa.

They were mainly sponsored by big businesses and companies and sometimes government departments.

The best players from these clubs were selected to form the national team.

10. Sulley Ali MuntariSulley Muntari journey into being a Ghanaian professional footballer started when he appeared in a youth tournament from there to Ghana U20 to the senior national team, Black Stars. ‘Bad boy Muntari’ as tagged by Ghanaians has been successful in his football career and has a total net worth is $5 million US dollars.

The 34-year-old has played for many European clubs such as Udinese, Portsmouth, Milan and Deportivo de La Coruña and Albacete (Spain).

He is now unattached.

His estimated net worth stands at US $7 Million and much of his wealth comes from the contract he signed with Anzi Makhachkala where he was paid $160,000 as weekly salary.

Born in France, this talented footballer plays for the Championship Club Aston Villa as a defender.

His most notable performances were given with Lens and Barcelona where he won 14 titles. He enjoyed a prominent place in Barcelona squad where he played for four years and gave impressive performances at French Ligue 1 and Sevilla.

Keita joined professional football at the age of 17.

He, from the age of 20, represented Mali and appeared in seven Africa Cup of Nations tournaments.

His extraordinary performance has got him some of the best salaries in his career and made him one of the richest African players in the world. 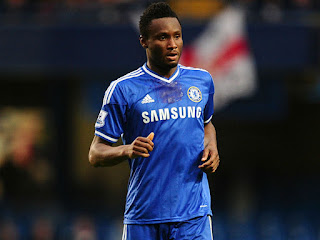 Coming from the most popular African country Nigeria, Mikel recently signed for Turkish side Trabzonspor after leaving Middlesbrough with 30 million US dollars net worth.

Born John Michael Nchekwube Obinna but, in 2003 the Nigerian Football Association mistakenly submitted “Mikel” as “Michael” for the tournament in Finland and has since then stuck to his new name.

Mikel has played for Chelsea, Norwegian side Lyn Oslo and currently plays for Tianjin Teda (China).

Mikel’s wages in his Chinese club, Tianjin Teda was 140 thousand pounds a week.

6. Asamoah GyanAsamoah Gyan is a Ghanaian forward. His net worth is 23 million US dollars.

Gyan played for such football clubs as Udinese, Rennes, Al Ain, and Shanghai SIPG. Moreover, Gyan is the current general captain of the Black Stars of Ghana and recently played for Turkish outfit Kayserispor. He is now unattached.

5. Michael EssienMichael Essien, Born in 1982, this physically strong player has played for the Ghana National Team 58 times and his net worth is 35 million US dollars.

He is popular for his ability to energetically support defensive and offensive play and for his tough and powerful tackling play style that has earned him the nickname of ‘The Bison’.

In his football career, Michael Essien has represented various clubs including French sides Bastia and Lyon, Chelsea, Real Madrid, AC Millan and others and he currently play for Azerbaijani side Sabail.

4. Emmanuel Sheyi AdebayorThe all-time top scorer from Togo is one of the richest African footballers and has benefitted from numerous lucrative contracts at the richest clubs in England.

Emmanuel Adebayor recently signed for the Turkish club Kayserispor after ending his stint with Istanbul Basaksehir. He has played for Manchester City, Arsenal, Crystal Palace and Tottenham Hotspur in the past.

In 2008, while playing as a member of Arsenal, the talented player was voted as the African Footballer of the Year. He is currently the all-time top goalscorer of Togo with 31 goals. While at Manchester City, Adebayor got a salary of $268,000 per week.

The player is known to have indulged in charity causes. He has initiated many projects in Togo and across Africa and the SEA foundation that implements different welfare projects across the continent. Emmanuel Adebayor is one of the greatest footballers in the world with a net worth of about $45 Million.

3. Gnegneri Yaya ToureYaya Toure with an estimated net worth of US $70 Million is one of the top paid athletes in the world.

Yaya Toure is an Ivorian central midfielder and started his football career at the age of 18 at Ivorian side ASEC Mimosa. The Ivorian midfielder received 210 thousand Euros a week in Manchester City.

Also, the footballer has won African Player of the Year award four times. Yaya Toure recently played for Olympiakos in Greece where he saw his contracted been terminated. He currently plays for Chinese Super League side Qingdao Huanghai.

2. Didier Yves Drogba TébilyThe most famous African player from Ivory Coast, Didier Drogba is his nation’s star and is known widely as a legend of Chelsea Didier earned 90 million US dollars.

Drogba was the best scorer among foreign players in the history of Chelsea. Didier Drogba won the African Player of the Year award two times.

Didier Drogba’s wages in Chelsea was 105 thousand pounds a week and he spent eight years in London.

On May 2012 the striker left for Shanghai Shenhua (China) with a salary of 200 thousand pounds a week. Then he moved to Galatasaray (Turkey) and after that returned to Chelsea again.

The Ivorian striker last played for Phoenix Rising (in the USA), he is now a retired man. Didier Drogba spends much money on charity. He founded his fund and has spent about 1 million pounds on it.

Besides, Drogba allocates earnings for charity from his advertising contracts with Samsung, Pepsi and Nike.

1. Samuel Eto’o FilsOn the top of our list is the Cameroonian professional footballer, Samuel Eto’O Fils who has made the record of winning four African Player of the Year awards. He is the richest player in the continent and was at one time, the highest paid football player during his contract with Anzhi Makhachkala where he earned $25 Million annually and is currently playing for Qatar SC.

The estimated net worth of this footballer is $95 Million, allowing him to lead an extravagant lifestyle with multiple mansions, super-cars, and high-flying private jets, along with generous donations to various charities.

Samuel Eto’O has played as a striker for some of the biggest clubs in Europe including Barcelona, Real Madrid, Inter Milan, Antalyaspor, and Chelsea.

His extraordinary goal-scoring capability has not only rewarded him with huge wages but great sponsorship deals. He is known worldwide for his stamina and considered as one of the greatest African footballers.

There is no doubt that football brings out the passion and flair of Africans. This game has the power of uniting people of different backgrounds. African football can serve as a catalyst for the political and socio-economic development of the continent.

The future of African football is certainly bright with more skilled footballers rising to spread their name in the world.

It is worth noting that the football stars are not in a hurry to voice the real amounts of their income.

Some of them even from time to time get into scandalous situations with hiding their real income from taxation. Various sources give different data.