Hello Welecom To Nupemelody Today we have come up with List of Top 10 First Class Traditional Rulers In Nigeria .

The Top 10 Traditional rulers we list here are recommended as most powerful Kings In Nigeria 2019.

Power over a Region and Tribe are consider To Rank Firs class traditional ruler in Nigeria in This List and We have been on serious research before published This post.

Traditional rulers or Kings Are seen as Head of Community and have wield Authority and power in This Country,Most of This Traditional Rulers Live Long On The Throne

Who are Traditional Rulers

Things Considered To before Choosing King 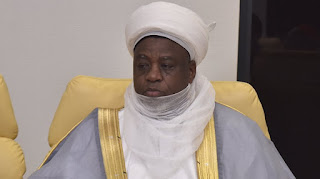 Sultan of Sokoto is most power full king in Nigeria having a great authority over Nigeria Muslim . 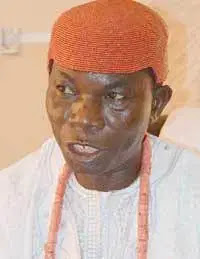 Onitsha is located in Anambra state and is regarded as the commercial hub of the South- East.

His Royal Highness Obi Igwe Nnayelugo Alfred Nnaemeka Achebe is the current Obi of Onitsha and is also the Chairman of the Anambra State Council of Traditional Rulers.

Born on May 14, 1941, the Obi of Onitsha is one of the most respected traditional monarch in Nigeria and he has influence over all igwe’s in the south-east.

The Ooni of ile-ife as List as no 3 Top 10 First class ruler in Nigeria he Is Traditional Ruler of ile-ife.

The ile-ife Town is seen as Largest Town in Yoruba and core of yoruba people in Nigeria.

The Ooni dynasties date back hundreds of years. History has it that all the Ooni are traced down to Oduduwa, who is regarded as the ancestral father of all Yoruba people.

The Ooni of Ife is one of the most influential kings in Nigeria and a first class ruler. 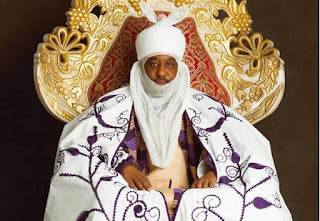 The Emir of Kano, Sanusi Lamido Sanusi was the former Governor of the Central Bank of Nigeria,

The Kano Emir Sanusi Lamido Sanusi is List as Number Four First Class ruler in Nigeria,He Is Recommended as Most Power king in North because of level Of Education and Position he hold before Become King In Kano State .

The Emir Of Kano is popular outspoken figure in Nigeria Just Like The Sultan of Sokoto state and Etsu Nupe Alhaji Yahaya AbubKar . 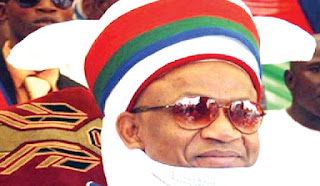 The Estu Nupe Alhaji Yahaya Abubakar Is List as Number 5 First Class traditional ruler In Nigeria, He is recommended as most powerful king In Niger State and Nigeria at large .

He is Former General In Nigeria Army (Air force) Before He became King In Bida (Niger State) .

The Etsu Nupe Is popular and has Pound Voice In Nigeria Just Like Sultan Of Sokoto and Emir Of Kano .

The Oba of Bening is List as Number 6 First class traditional ruler In Nigeria .

The Oba of Bening is the most poerfull King in Edo state,He is traditional ruler of Edo people.

He is a highly respected traditional ruler in Nigeria.

Akpolokpolo Erediauwa. The Oba of Benin is also a first-class traditional ruler in Nigeria.

The Alaafin Of Oyo is List Number 7 First Class Traditional Ruler in Nigeria because is seen as one of the most powerful kings in Nigeria because of the culture, heritage and history of the old Oyo empire which dates back to the pre- colonial era in Nigeria.

According to legend, the Alaafin of Oyo wielded such sovereign authority and was seen as god to the Yoruba people.

He is also referred to as the Eleko of Eko, Oba Rilwan Babatunde Osuolale Aremu Akiolu is the current Oba of Lagos. Lagos itself was the former capital of Nigeria and currently the most populated city in Nigeria.

The Olu Of Warri is List as No 10 First class traditional ruler in Nigeria because He is the leader of the Itsekiri people.

The Warri kingdom is currently ruled by a popular Nigerian lawyer, who has held various positions in Warri, Godwin Toju Emiko. Warri is located in Delta state